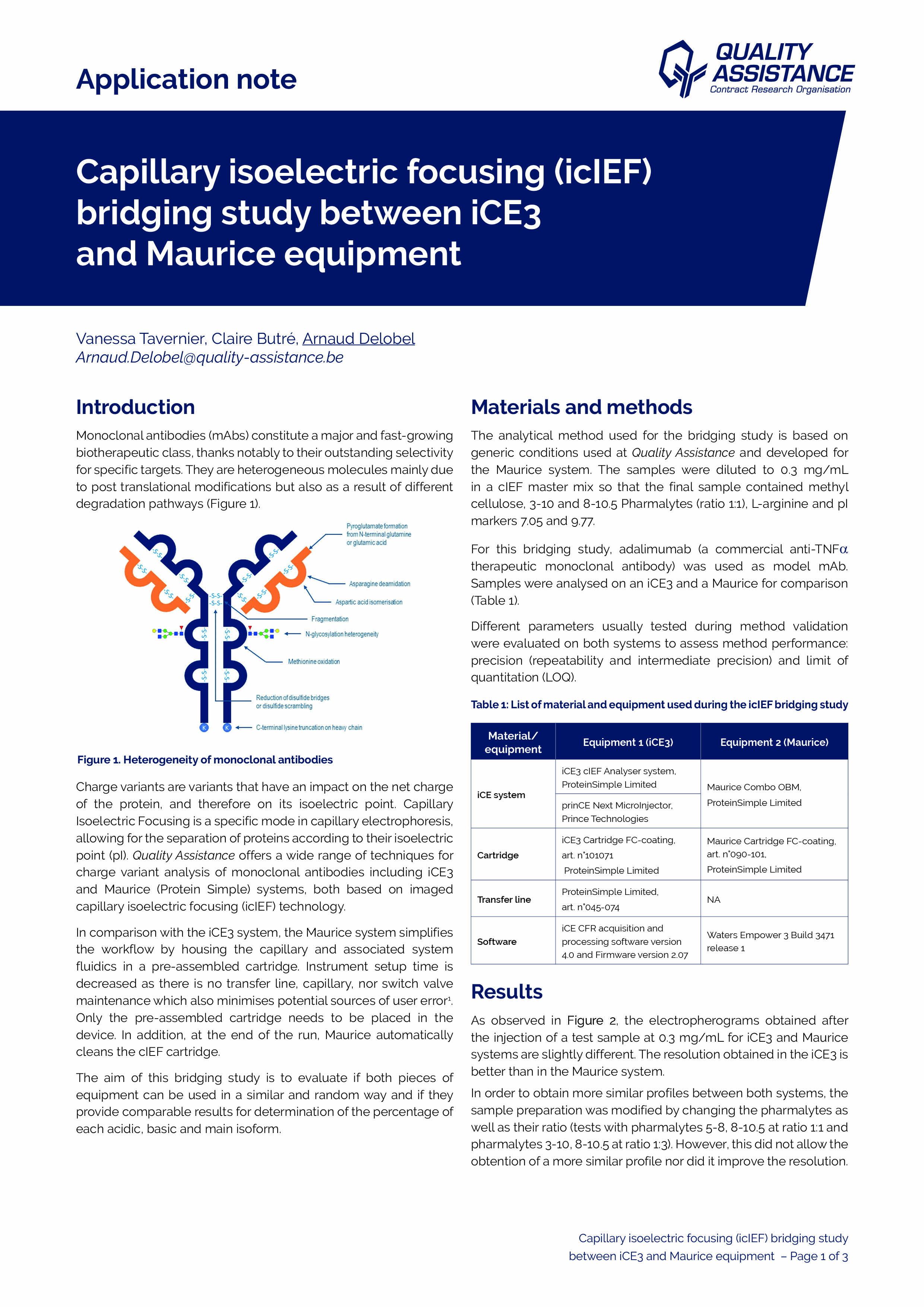 Monoclonal antibodies (mAbs) constitute a major and fast-growing biotherapeutic class, thanks notably to their outstanding selectivity for specific targets. They are heterogeneous molecules mainly due to post translational modifications but also as a result of different degradation pathways. Charge variants are variants that have an impact on the net charge of the protein, and therefore on its isoelectric point. Capillary Isoelectric Focusing is a specific mode in capillary electrophoresis, allowing for the separation of proteins according to their isoelectric point.

Quality Assistance offers a wide range of techniques for charge variant analysis of monoclonal antibodies including iCE3 and Maurice (Protein Simple) systems, both based on imaged capillary isoelectric focusing (icIEF) technology. In comparison with the iCE3 system, the Maurice system simplifies the workflow by housing the capillary and associated system fluidics in a pre-assembled cartridge. Instrument setup time is decreased as there is no transfer line, capillary, nor switch valve maintenance which also minimises potential sources of user error. Only the pre-assembled cartridge needs to be placed in the device. In addition, at the end of the run, Maurice automatically cleans the cIEF cartridge.

The aim of this bridging study is to evaluate if both pieces of equipment can be used in a similar and random way and if they provide comparable results for determination of the percentage of each acidic, basic and main isoform.

The comparison of cIEF assays using Maurice and iCE3 systems gave equivalent data for precision (repeatability and intermediate precision) and limit of quantitation. This was true despite a small difference of profile. It can be concluded that both systems are equivalent for charge variant analysis of monoclonal antibodies. Both types of equipment can be used in a similar and random way. Analytical methods can be transferred seamlessly from one type of equipment to the other.